TIMETABLE OF THE CHURCH SERVICES for May 2021

Pascha (Orthodox Easter) at our parish. 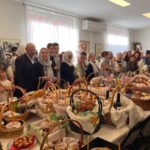 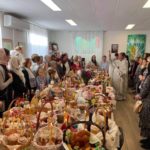 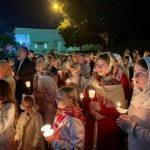 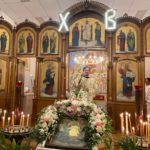 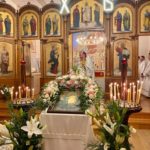 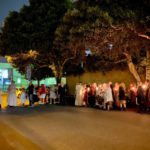 Entry of Our Lord into Jerusalem (Palm Sunday) 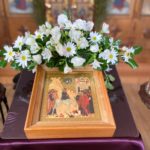 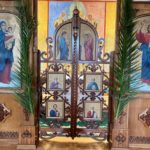 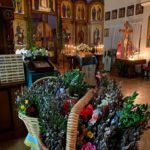 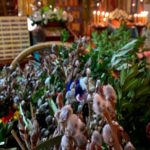 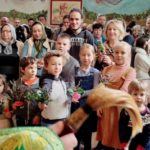 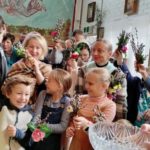 On Saturday 24 April, Lazarus Saturday, we had our traditional pilgrimage to Saint Sava Serbian Monastery Elaine..

The service was lead by Bishop Siluan (Serbian Orthodox Church) . 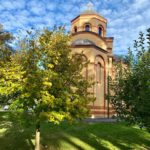 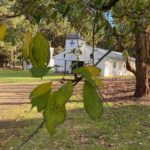 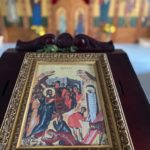 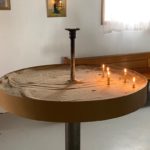 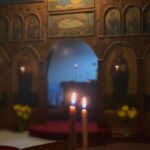 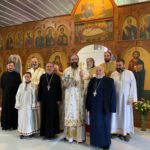 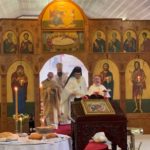 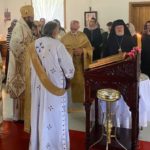 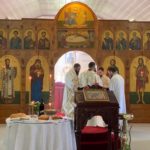 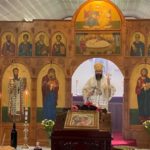 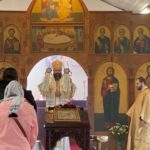 TIMETABLE OF THE CHURCH SERVICES for April 2021

Kulich and other paschal foods will be blessed on

TIMETABLE OF THE CHURCH SERVICES for March 2021

6 / 19 January —The Theophany of Our Lord, God, & Saviour Jesus Christ (Baptism of the Lord) 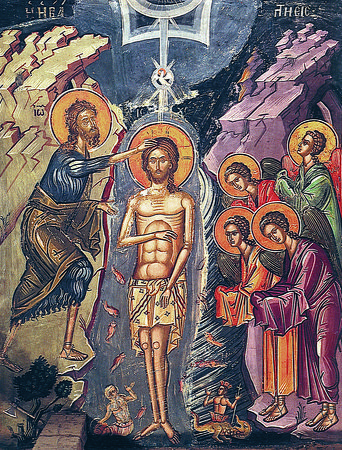 Troparion of the Theophany tone 1: When Thou wast baptized in the river Jordan, O Lord/ the worship of the Trinity made its appearance./ For the voice of the Father bore witness to Thee / when He called Thee His Beloved Son./ And the Spirit in the form of a Dove confirmed the truth of the word./ O Christ our God, Who hast appeared and hast enlightened the world./ Glory to Thee!

Kontakion of the Feast of The Theophany tone 4: Thou hast appeared today to the world,/ and Thy light O Lord, has been signed upon us/ who with full knowledge sing to Thee./ Thou hast come, Thou hast appeared,/ O unapproachable light.TODAY THE nature of the waters is sanctified.

Today the Son of God is baptised in the waters of Jordan, having no need Himself of cleansing, but in order to cleanse the sinful human race from defilement. Now the heavens open and the voice of God the Father is heard: This is My beloved Son. The Holy Spirit descends upon the Saviour of the world, Who stands in the Jordan, thereby confirming that this indeed is He Who is the incarnate Son of God. The Holy Trinity is clearly made manifest and is revealed to mankind. The waters of the Jordan are sanctified, and together with them all the waters of creation, the very nature of water. Water is given power to cleanse not only the body, but also man’s whole soul, and to regenerate the whole man unto a new life through Baptism. Through water all of nature is cleansed, for out of water the world was made, and moisture penetrates everywhere, giving life to everything else in nature. Without moisture neither animals nor plants can live; moisture penetrates into rocks, into every place in the world. The waters are sanctified and through them the whole world, in preparation for renewal and regeneration for God’s eternal Kingdom which is to come.Every year on this day the glory of God is revealed, renewing and confirming what was accomplished at Christ’s Baptism. Again the heavens are opened; again the Holy Spirit descends. We do not see this with our bodily eyes, but we sense its power. At the rite of blessing, the waters which are thereby sanctified are transformed; they become incorruptible and retain their freshness for many years. Everyone can see this—both believers and unbelievers, both the wise and the ignorant. Whence do the waters acquire this property? It is the action of the Holy Spirit.Those who with faith drinkthese waters and anoint themselves with them receive relief and healing from spiritual and bodily infirmities. Homes are sanctified by these waters, the power of demons is expelled, God’s blessing is brought down upon all that is sprinkled with these waters. Through the sanctifying of the waters God’s blessing is again imparted to the whole world, cleansing it from the sins we have committed and guarding it from the machinations of the devil.Today the Holy Spirit, descending upon the waters when the Cross of Christ is immersed into them, descends upon all of nature. Only into man He cannot enter without his will. Let us open our hearts and souls to receive Him and with faith cryfrom the depth of our souls: “Great art Thou, O Lord, and marvellous are Thy works, and there is no word which sufficeth to hymn Thy wonders.

TIMETABLE OF THE CHURCH SERVICES for January 2021

The Nativity according to the Flesh of our Lord, God and Saviour Jesus Chris 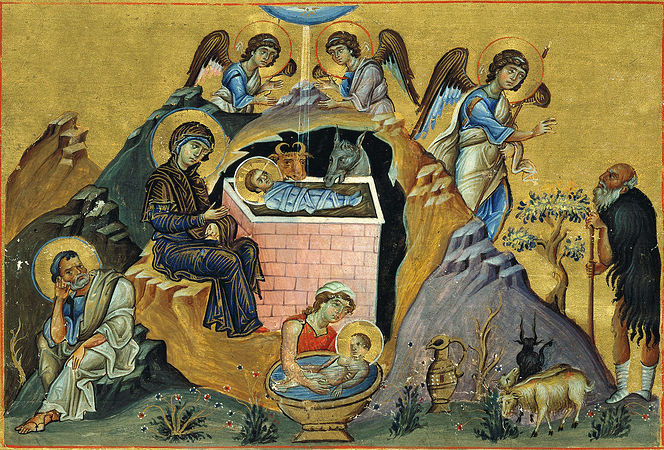 Tropar of the Nativity according to the Flesh of our Lord, God and Saviour Jesus Christ (Tone 4): Thy Nativity, O Christ our God, hath shined upon the world the light of knowledge; for thereby, they that worshipped the stars were taught by a star to worship Thee, the Sun of Righteousness, and to know Thee, the Dayspring from on high. O Lord, glory be to Thee.

Kondak of the Nativity according to the Flesh of our Lord, God and Saviour Jesus Christ (Tone 3): Today the Virgin giveth birth to Him Who is transcendent in essence; and the earth offereth a cave to Him Who is unapproachable. Angels with shepherds give glory; with a star the Magi do journey; for our sake a young Child is born, Who is pre-eternal God.

‘And when the fullness of time was come, God sent His only-begotten Son’ (Gal. 4:4), to save the human race. And when the ninth month had come after the archangel Gabriel appeared to themost holy Virgin in Nazareth, saying: ‘Hail, thou that art highly favoured… thou shalt conceive and bear a son’—at that time a decree went forth from Caesar Augustus that all the inhabitants of the Roman Empire be taxed. In accordance with this decree, everyone had to go to his own town and there be inscribed. Therefore righteous Joseph came with the most holy Virgin to Bethlehem, the city of David, for they were both of the royal House of David. But, there being a great many people in that small city for the census, Joseph and Mary could not find a lodging in any house, and found shelter in a cave which the shepherds used as a sheepfold. In this cave the most holy Virgin gave birth to the Saviour of the world, the Lord Jesus Christ. Bearing Him without pain, as He was conceived without sin of the Holy Spirit and not of man, she herself wrapped Him in swaddling bands, worshipped Him as God and laid Him in a manger. Then righteous Joseph drew near and worshipped Him as the divine Fruit of a virgin womb. Then the shepherds came in from the fields, directed by an angel of God, and worshipped Him as Messiah and Saviour. The shepherds had heard a multitude of angels singing: ‘Glory to God in the highest, and on earth peace, goodwill among men’ (Luke 2:14). At that time there also came wise men from the East, led by a wonderful star, bearing their gifts: gold, frankincense and myrrh, and worshipped Him as King of kings, offering Him their gifts (Matt. 2:11). Thus He came into the world Whose coming had been foretold by the prophets and Who was born in the way that they had prophesied: of the most holy Virgin, in the city of Bethlehem, of the lineage of David according to the flesh, at the time when there was no longer in Jerusalem a king of the tribe of Judah, but Herod the stranger was on the throne. After many types and prefigurings, messengers and heralds, prophets and righteous men, wise men and kings, finally He appeared, the Lord of the world and King of kings, to perform the work of the salvation of mankind that could not be performed by His servants. May His be eternal glory and praise! Amen.

TIMETABLE OF THE CHURCH SERVICES for December 2020